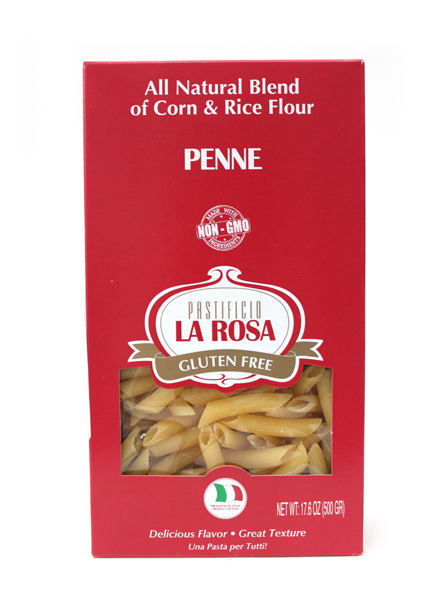 LA ROSA gluten-free pasta, although made from corn and rice, is produced using traditional methods: the dough is worked slowly, the various shapes are produced using bronze die extrusion giving the pasta its rough surface texture, and finally it is slowly dried at low temperatures to preserve the natural flavour characteristics of the pasta dough.

Probably one of the most commonly known short cuts of pasta, penne rigate’s tubular shape and outer ridges make it sturdy and help to capture sauce better than a smooth surfaced pasta. The ends of penne are cut on an angle to provide more room for sauces to nestle into the pasta.

Unlike traditional pasta, we recommend quickly rinsing this pasta after cooking to remove the excess starch.

There are no reviews yet.